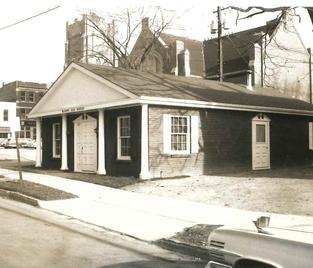 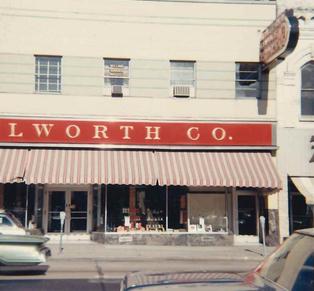 William graduated from the University of Wisconsin Law School in June of 1958 and practiced with the firm of Dempsey & Robinson, in Whitewater Wisconsin, after graduation.  However, he soon decided to return home to Oshkosh at start his own firm.  On Monday November 17, 1959  William  established Manske Law Office on the second floor of the Woolworth Building, which was located at 316 North Main Street.  For a brief time William's step-uncle Robert Ives practiced with him at the Woolworth location and the firm was known as Manske & Ives.

The law office operated out of the Woolworth building for almost 10 years.  However, as firm business grew it became apparent that there wasn't enough space.  William's brother, James, was also in law school at the time and William believed that, perhaps, he would join the firm upon his graduation.

So, in February of 1969 work commenced on a new building specifically designed by William Manske to house his law firm.  The idea of a building solely devoted to the practice of law was a unique enough concept in the 1960s that the Wisconsin Bar Association published an article about the office in the December 1969 edition of The Wisconsin Bar Bulletin.

Construction was finished in the Summer of 1969 and operations were transitioned from the Woolworth Building on Main Street to the new location at 300 Division Street on June 27, 1969, where it has been in continual operation to this day.